Summary: Disruptive mood dysregulation disorder (DMDD) is a new diagnosis having appeared for the first time in the DSM-5. DMDD refers to the child with persistent irritability and anger, who has severe anger outbursts that cause impairment. Though many primary care providers may not yet feel comfortable giving this diagnosis, being familiar with DMDD is nonetheless important as one will increasingly encounter patients with this diagnosis, most likely given by psychiatrists or psychologists. Treatments include: 1) collaborative problem solving (CPS), a type of therapy that seeks to improve the child’s executive function skills. When non-medication strategies have been unsuccessful, medications may be tried.
Add to Info Cart
PDF 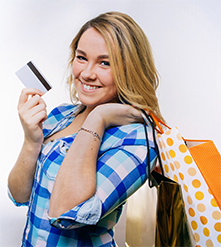 J. is a 7-yo male, new to your practice, brought in by his mother because he has severe temper tantrums. His tantrums are so severe, that he is getting suspended at school for hitting other children. Mother reports that J. was seen last year by a psychiatrist through a telepsychiatry consultation, and diagnosed as having “DMDD”.

What are you going to do?

Disruptive mood dysregulation disorder (DMDD) is a mental disorder in children and adolescents characterized by:

Parents, teachers, and classmates describe these children as habitually angry, touchy, grouchy, or easily "set off".

Individuals with DMDD have difficulty attending, processing, and responding to negative emotional stimuli and social experiences in their everyday lives, tending to misinterpret others emotions and behaviours as being hostile. Studies have shown this may possibly be related to underactivity of the amygdala. Children with DMDD also appear to have difficulty regulating negative emotions once they are elicited.

During your assessment of the child with episodes of anger, ask about:

It is important to ask:

Rationale and Controversy regarding DMDD

DMDD is a new diagnosis in DSM-5. Criteria for DMDD are primarily derived from “severe mood dysregulation”, a construct from the National Institutes of Mental Health (NIMH).  The diagnosis of DMDD not without controversy, and critics note that the diagnosis has not had a lack of published validity studies. Even amongst critics of DMDD however, there is agreement that children/youth with severe mood dysregulation struggle.

Prior to the diagnosis of DMDD, many children/youth with non-episodic, severe irritability and angry mood were being misdiagnosed as having bipolar disorder, which led many of them to be treated unnecessarily with bipolar medications. Studies have since shown that childhood bipolar does not progress to adult bipolar, and in other words, that childhood bipolar is not the same as adult bipolar. As a result, DMDD was established to capture this population, in an attempt to provide better diagnosis and treatment for these youths.

Given that DMDD is a relatively new diagnosis, and given the controversy, it is understandable that many primary care providers may not yet feel comfortable giving this diagnosis. However, being familiar with this diagnosis is important as one may increasingly encounter patients with this diagnosis, most likely given by psychologists and psychiatrists.

It is developmentally normal for children and youth to have troubles regulating mood. The diagnosis of DMDD is reserved for situations where the severe, non-episodic anger is so severe, that it abnormal, and causes impairment in function.

There are other conditions where child/youth may have angry or irritable moods, along with temper tantrums such as:

In those that meet criteria for DMDD, common comorbid conditions are:

Physical examination is done to rule out other possible medical conditions that might explain anger problems.

When there is clinical suspicion, laboratory investigations may be indicated to rule out contributory medical conditions.

Treatment for DMDD requires an individualized approach. Anger is a heterogenous condition, with specific circumstances leading to anger being different in any given child/youth.

There is overlap between the strategies of many programs, with common elements such as:

For example, the child with tantrums due to:

Interventions That Do Not Appear Helpful

Contingency management (such as the use of reward and punishment systems) does not appear helpful with DMDD.

In most cases however, the reason that children/youth are having tantrums is not because they are consciously, voluntarily trying to have tantrums or manipulate parents, but rather, they lack the self-regulation skills to more appropriate manage their frustration.

Consider medications if non-medication strategies have not been helpful.

Antidepressants such as SSRIs:

When and Where to Refer

From a practical basis, there will probably not be a specialized treatment for DMDD in most areas.

When faced with the angry child who has not responded to standard interventions (such as basic lifestyle and counseling strategies), consider referral to other programs that are used for ADHD, ODD and depression such as: